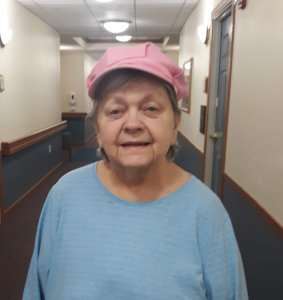 Mary Lou Blumer, age 80, of Clinton, passed away peacefully surrounded by her family on Wednesday October 13, 2021 at Prairie Hills in Clinton. According to her wishes, cremation rites will be accorded. There are no services scheduled at this time. Inurnment will be at Oakland Cemetery. The Pape Funeral Home is assisting the family.

Mary was born in Clinton, Iowa on September 30, 1941, the daughter of Frank and Marian (King) Koepp. She graduated high school and attended beauty school. Mary married Richard Blumer in 1978. He passed away in (…..) Mary was a musician, playing the keyboard and singing, specializing in classic country music. She also worked for the Rocky Mountain News in Colorado. Mary enjoyed spending time with her family, going to Village Inn and Blossom’s, and of course playing music.