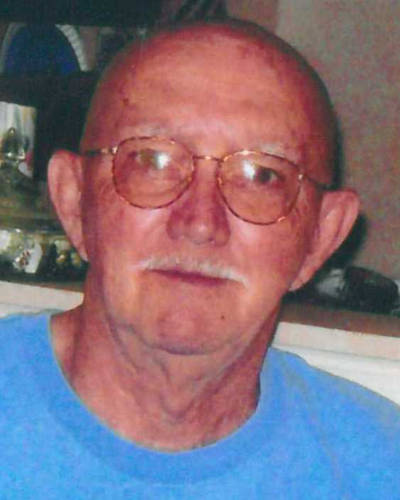 A memorial service will begin at 4:00 PM.

Donald D. Busch, age 81, of Clinton, passed away Saturday, January 5, 2019 at Genesis East Hospital in Davenport. In following Don’s wishes, cremation rites have been accorded. A gathering of family and friends will be held from 2:00 to 4:00 PM Tuesday, January 8, 2019 at the Pape Funeral Home. A memorial service will begin at 4:00 PM. Burial will be at a later date at Clinton Memorial Park Cemetery.

Don was born in Maquoketa, Iowa on November 11, 1937, the son of Vernie and Dorothy (Andresen) Busch. He graduated from Elwood High School. Don served with the U.S. Air Force in Japan as an Airman 2nd Class from 1957 – 1963. Don had been employed as a security guard at various locations around Clinton with Wackenhut Security for over 25 years. He was a member of the AMVETS and the Camanche VFW. Don enjoyed fishing, baking cookies, gardening, helping his friends and his dogs, Princess and Goofy.

Don is survived by 3 daughters; Julie Crider, Debra (David) Parkman and Darla (E.F.) Lebold all of Owensboro, KY; a son, Jerry (Susan) Busch of Owensboro, KY; 7 grandchildren; 13 great grandchildren; a step-daughter, Kay (Merle) Lawrence of Clinton; a step-son, Robert (Marcella) Reed of Clinton; 2 step-grandchildren; 4 step-great grandchildren; a brother, Alan (Julie) Busch of Clinton; 3 sisters, Cheryl Koenes of Camanche, Karen (Kenneth) Fanderclai of Fulton, and LaRaine (Dennis) Mumm of DeWitt; a brother-in-law, Rodney Wold of DeWitt; a sister-in-law, JoAnne Busch of Caldwell, ID; his friend Darlene Shadle of Clinton and several nieces and nephews. He was preceded in death by his parents; a sister, Diane; an infant brother, Denis; a brother, Larry and the love of his life Kathy Reed.