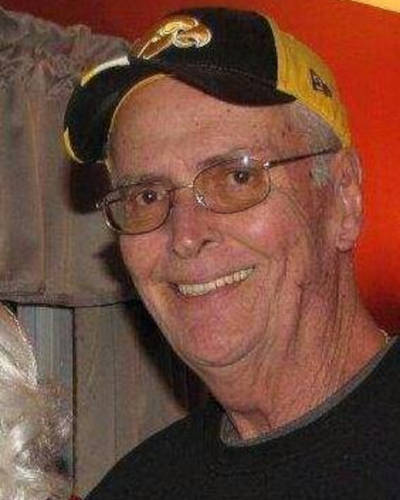 Dale L. Day, age 68 of Clinton, passed away Monday, January 7, 2019, following a brief illness, at Mercy Medical Center North. In following Dale’s wishes, cremation rites have been accorded. A Celebration of Life will be held from 2:00 to 5:00 PM on Saturday, January 19, 2019 at the Silver Dollar on Main Ave. The Pape Funeral Home is assisting the family.

Dale was born in Rock Island on June 6, 1950, the son of T. Earl and Suzie (Seaman) Day. He graduated from Rock Island High School and attended Black Hawk College. Dale married Donna Burns. They later divorced. He married Peg (Manion) Rickertsen on April 8, 2000 in Las Vegas. Dale was employed at Nestle Purina for 39 years, retiring in 2012. He was a member of the former Eagles Club. In his younger years, he was very involved in Boy Scouts as a leader and enjoyed many scouting activities and camping trips. He was also a T-Ball coach and enjoyed bowling on Men’s and Mixed leagues. He was especially proud of winning the Clinton Men’s Singles City Tournament Championship. Dale enjoyed having a beer and socializing with his friends and golfing with Randy and Dave. He looked forward to his yearly fishing trip with the guys to Wisconsin, and so did his wife. He had season tickets to the Iowa Hawkeye football games and to the dismay of his wife followed the Chicago Bears. Dale was a very kind and loving man and will be missed by many.

Dale is survived by his wife, Peg: a son, Doug Day of Davenport; a daughter, Denise Day of Bettendorf; a step-son, Bryon (Jeremy) Rickertsen of Davenport; a brother, Ted (Sandra) Day of Cottontown, TN; many nieces and nephews and a cousin, Dennis Seaman, of Rock Island, who was like a brother to Dale. . He was preceded in death by his parents. In lieu of flowers memorials may be made to the Clinton Humane Society. Online condolences may be left at www.papefh.com.