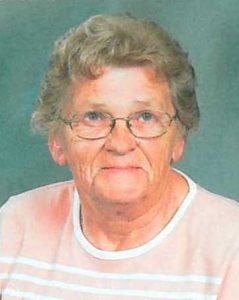 Shirley J. Bray-Naftzger age 84 of Clinton, passed away Saturday June 12, 2021 at The Alverno. Funeral service will be held 11:00 AM Wednesday June 16th at the Pape Funeral Home. Visitation will be held Wednesday 9:30 AM until the service at the funeral home. Burial will be at Center Grove Cemetery. Casket bearers will be her sons and grandsons. Online condolences may be left at www.papefh.com.