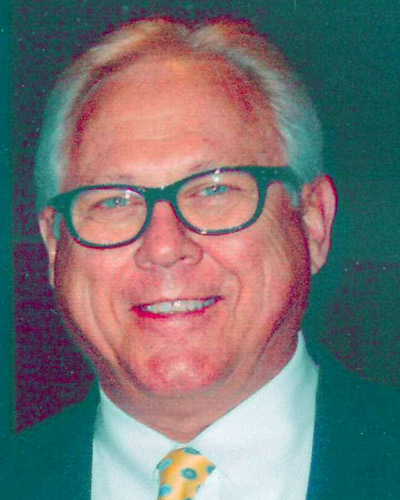 Rodger Elmer John Holm, age 75 of Clinton, passed Friday, June 28, 2019 at the University of Iowa Hospitals and Clinics. According to his wishes, cremation rites have been accorded. A gathering of family and friends will be held from 1:00 PM until 3:30 PM on Saturday, July 6, 2019 at the Pape Funeral Home. A memorial service will begin at 3:30 PM. Burial will be held in Oakland Cemetery at a later date.

Rodger was born in Clinton on September 23, 1943, the son of Elmer and Marie (Wilke) Holm. He graduated from Clinton High School in 1962. He attended Clinton Community College and Kirkwood Community College. He married Dolores D. Petersen on July 18, 1964 in Clinton, had two children and was happily married for 55 years. Rodger was a route man and district manager for Sanitary Dairy/Land O’ Lakes. He was an insurance agent and sales manager for over 30 years. He was the fourth ward council member for the city of Clinton and later served as Clinton’s Mayor from 2008-2012. Rodger was a member of St. John Lutheran Church, LBPA and was an ambassador for the Clinton Chamber of Commerce. He loved spending time with his family and following his grandchildren’s activities. Rodger enjoyed yard work, music and shooting pool.

Rodger is survived by his wife Dolores; his two daughters, Julie (Dan) Sullivan and Jennifer (Steve Schaffer) Holm both of Clinton; six grandchildren, Jordan (Avery) McWallace, Colin (Kelli) Sullivan, John Sullivan, George (Nayely Salazar) Rickerl, Juliana (Michael) DeLisi and Jeff Rickerl; a great grandson Deacon Remy McWallace; dear sister-in-law and brother-in-law Julie and Charles Allesee of Clinton; and an integral part of his support system, his beloved nephew and nieces, Tom (Nancy) Allesee; Leigh (Renny) Deese, and Lori (Trevor Pollard) Allesee and several great nieces and nephews along with his faithful friends Shadow Sullivan and Pilot Holm. He was preceded in death by his parents and two sisters. Memorials may be given in Rodger’s name to St. John Lutheran Church. Rodger’s family would like to express their deepest gratitude to Dr. Aggarwal and his staff, the staff of Mercy One Skilled Care Facility and Medical Center, and The University of Iowa Hospitals and Clinics Oncology Unit for the kind and loving care extended to Rodger and the support and comfort given to Rodger’s family. Online condolences may be left at www.papefh.com.