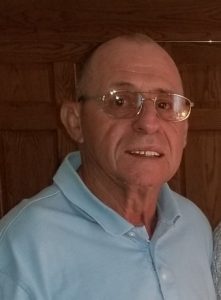 Raymond D. “Ray” Thurston, age 72 of Maquoketa, passed away Saturday, October 16, 2021 at Jackson County Regional Health Center. Funeral services will be held at 2:00 PM on Saturday, October 23rd at the Pape Funeral Home in Clinton. Visitation will be from 11:00 AM until the service time Saturday at the funeral home. Following the service cremation rites will be accorded.

Ray was born in Tulon, Ill on November 2, 1948, the son of David and Jennie (Kenney) Thurston. He served with the US Army during the Vietnam War. Ray married Nancy Nylin on July 19, 1980 in Seaton, IL. Ray enjoyed farming most of life in the Seaton, Keithsburg areas and later Delmar areas. He was currently employed with Wady Industries in Maquoketa. He enjoyed spending time with his grandchildren, camping, fishing, going to the races, listening to county music, having a beer with his friends, and watching and going to Mecum Car Auctions.