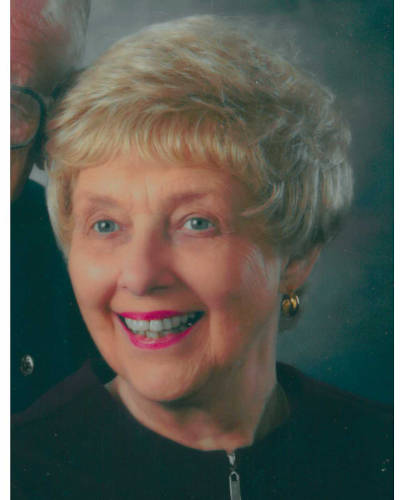 Oleeta “Sue” McQueen, age 87 of Clinton, passed away Wednesday, January 9, 2019 at the University of Iowa Hospitals and Clinics. Funeral services will be held at 11:00 AM on Wednesday, January 16, 2019 at the Pape Funeral Home. Visitation will be from 3:00 to 7:00 PM Tuesday at the funeral home. Burial will be in Clinton Lawn Cemetery. Honorary pallbearers will be Ben Evers and Brian McQueen. Pallbearers will be Chris Cravatta and Kurt Robson.

Sue was born in Fairfield, IL on October 13, 1931, the daughter of Walter and Callie (Cravens) Pool. She graduated from Warren Township High School in Gurnee, IL in 1949. Sue received her Bachelor of Science Degree, Physical Education from Illinois State University in Normal, IL in 1953 and her Master’s Degree from Western Illinois University in 1987. She married John “Jack” McQueen on November 20, 1954 in Waukegan, IL. Sue was a member of the First United Methodist Church, Chapter MH of the International Chapter P.E.O. Sisterhood and the YWCA. She was a certified American Red Cross Instructor.