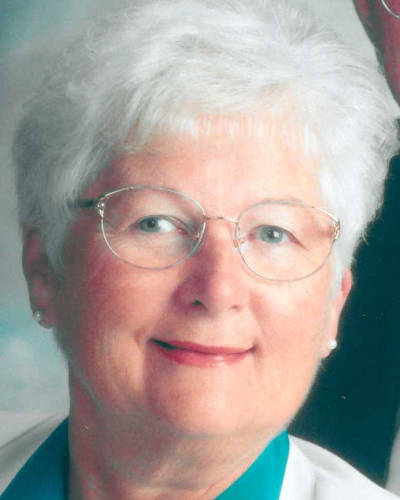 Visitation will be from 1:00 PM until the service hour.

A funeral service will be held at 2:00 PM on Monday, March 4, 2019 at the Pape Funeral Home. Burial will take place at Oakland Cemetery.

Marjorie Lou Struve, age 91 of Clinton, passed away Friday, March 01, 2019 at Prairie Hills Assisted Living and Memory Care. A funeral service will be held at 2:00 PM on Monday, March 4, 2019 at the Pape Funeral Home. Visitation will be from 1:00 PM until the service hour. Burial will take place at Oakland Cemetery. Online condolences may be left at www.papefh.com.

Marjorie was born in Clinton, IA on July 26, 1927, the daughter of Walter and Lula (McCue) Goettsch. She married John “Jack” Struve on October 11, 1947 in Clinton. Jack passed away in 2016. Marjorie was a school secretary for Baldwin Elementary School in Lyons and a homemaker. She was a member of the Zion Lutheran Church and the Fulton Country Club. She enjoyed traveling, golfing, reading and going to the casino.

Marjorie is survived by her son Thomas (Pat) Struve of Solon, IA; her daughter Jaclyn (Steve) Patten of Rock Falls, IL; two granddaughters, Sheila and Laura; a sister Marilyn (Don) Stuedemann of Clinton; two sister in laws, Pat Goettsch of Clinton and Jeanne Johnson of Andover and several nieces and nephews. She was preceded in death by her parents; her husband Jack and a brother Wayne. Memorials can be made to Oakland Cemetery.