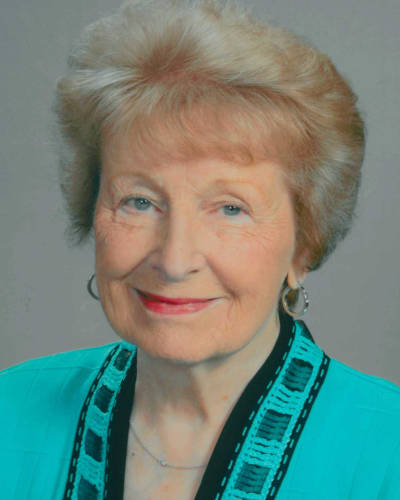 A Mass will be celebrated at 10:30 AM Monday, March 11, 2019 at Prince of Peace Parish. Following the Mass, cremation rites will be accorded with burial at a later date in St. Mary’s Cemetery.

Visitation will be from 3:00 to 6:00 PM Sunday at the Pape Funeral Home. Following the Mass, cremation rites will be accorded with burial at a later date in St. Mary’s Cemetery.

Gloria was born in Argyle, Minnesota on December 21, 1922, the daughter of Simon and Bernadette (Lambert) Beaudry. She graduated from Argyle High School. While in high school she was active as a singer and actress. Gloria married Marvin Hanevold on July 29, 1942 in Argyle. Marvin passed away on February 28, 1980. She worked as a sales clerk at Klines and Petersen-Harned Von Maur. She was a member of Prince of Peace Parish. Gloria was very fashion conscious. She enjoyed spending time with her family, babysitting and cooking for her grandchildren.

Gloria is survived by 4 daughters: Idell Anne Klein of Clinton, Marilee (Ray) Hilgendorf of Clinton, Ellen (Richard) Wallace of Minnetonka, MN and Mary Kay (Robert) Wik of Clinton; 7 grandchildren; 22 great grandchildren; a great-great granddaughter; her sister, Bernadette McCarthy of Rosemount, MN and a brother, Roland (Audrey) Beaudry of Long Beach, CA. She was preceded in death by her parents; her husband; 5 brothers and 4 sisters. Memorials may be made to either the Catholic Historical Center at St. Boniface, or Prince of Peace Parish. Online condolences may be left at www.papefh.com.