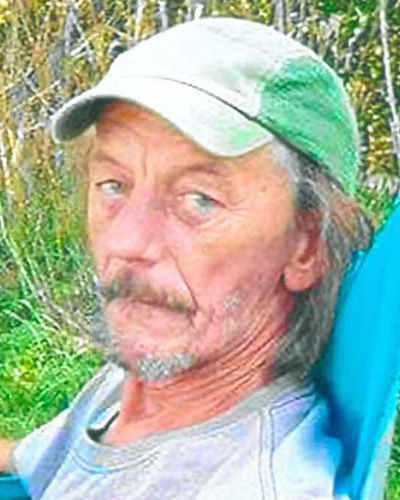 Gerald W. “Jerry” Cruthis, age 64 of Fulton, passed away Friday, June 7, 2019 at Manor Care in Davenport. Visitation will be from 4:00 to 7:00 PM on Wednesday, June 12, 2019 at the Community Congregational Church, 2300 Pershing Blvd. (next to Pape Funeral Home). Funeral services will be held at 11:00 AM on Thursday at the Pape Funeral Home with burial at Rock Island National Cemetery.

Jerry was born in Decatur, IL on March 9, 1955 the son of Gerald and Shirley LeVann (Purcell) Cruthis. He married Debra Rumfelt. He later married Teresa Kirkpatrick. He served with the U.S. Navy from 1976 to 1978. Jerry was a self-employed carpenter. He was a member of the American Legion. He enjoyed woodworking and building things and would make gifts for his kids and grandchildren at Christmas. He loved spending time with his children and grandchildren, his cat, Rocky, his dogs, Minnie and Cubby, and fishing with his friend Jimmy. Jerry had a huge garden that he would share with the food pantry and his friends and he always enjoyed having a PBR or a blackberry brandy.

Jerry is survived by 3 daughters, Brandy (Mark) Schroeder of Fulton, Jenny (David Gabriel) Bentley of Fulton and Shirley (Ron Risley) Kirkpatrick of Shreveport, LA; 2 sons, Jeremy (Carrie) Cruthis of Bloomington, IL and Gerald (Caroline) Kirkpatrick of Shreveport; 13 grandchildren, Kayle, Cody, Breanna, Jaycee, Brandon, Jasmine, Abbygail, Kinsleigh, Chloe, Remington, Hunter, Neil and Wesley; 6 great grandchildren, Aryas, Nellie, Oliver, Hayden, Harper and Hadlee with a 7th on the way; a brother, Parker (Glenda) Cruthis of Broken Arrow, OK; a sister, Mary Sanford of Broken Arrow and a niece, Elizabeth Sanford. He was preceded in death by his grandparents, Paul and Matalene Helfrick, his parents, and a brother, Paul. Memorials may be made to the family. Online condolences may be left at www.papefh.com.