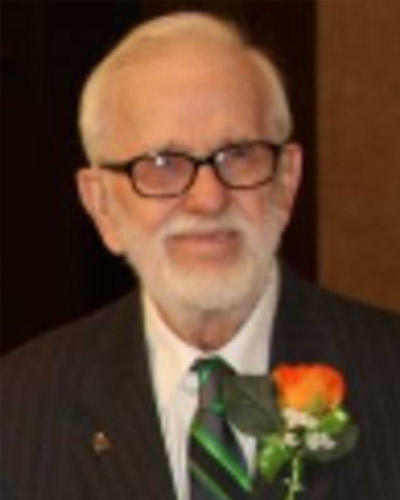 A funeral service will be held at 11:00 AM on Monday, July 1st at Lyon’s Trinity Church located at 2118 N. 2nd Street in Clinton. Burial will be in Clinton Lawn Cemetery.

Edwin W. Luckritz, 95 of Clinton, went to his heavenly father on Tuesday, June 25, 2019 at Bickford Senior Living. A funeral service will be held at 11:00 AM on Monday, July 1st at Lyon’s Trinity Church located at 2118 N. 2nd Street in Clinton. Visitation will be from 2-5 PM on Sunday, June 30, 2019 at the Pape Funeral Home. Burial will be in Clinton Lawn Cemetery. Online condolences may be left at www.papefh.com.

Ed was born in Clinton on September 5, 1923, the son of Arthur and Vera (Wilson) Luckritz. He graduated from Lyons High School and was a proud north-ender, living in Lyons most of his life. After graduating, Ed started working at International Harvester in Moline. After less than one year, he enlisted in the US Army during WWII, along with other Harvester employees as part of the “Harvester Brigade.” After being discharged, Ed went back to work at International Harvester where he totaled 40 years before retiring. He married Maxine “Joyce” Neumann on June 12, 1948 in Clinton. They celebrated 64 years of marriage before Joyce passed away in 2013. Shortly after retirement Warren McEleney offered him a job as a janitor at the new Southgate Motors. Ed and Joyce later owned and operated Mr. Ed’s Restaurant in the Lyons district for five years.

Ed was a member of Lyons Trinity United Methodist Church and had served the church in many capacities through-out the years. He was a member and had served as financial secretary of the UAW. He enjoyed spending time and following his grandkids and great grandkids activities. Ed was proud to go on the Honor Flight to Washington, DC in 2013. He helped start the 55+ bowling league at the Plaza. He was an avid sports fan and followed the Iowa Hawkeyes, Green Bay Packers and the Chicago Cubs, feeling extremely happy that he got to witness the Cubbies win the 2016 World Series. Ed was very skilled at creating stained glass pieces; played softball into his 70’s and especially enjoyed talking to EVERYONE, never knowing a stranger. Ed felt great pride in turning 95 years old this past September on 9-5.