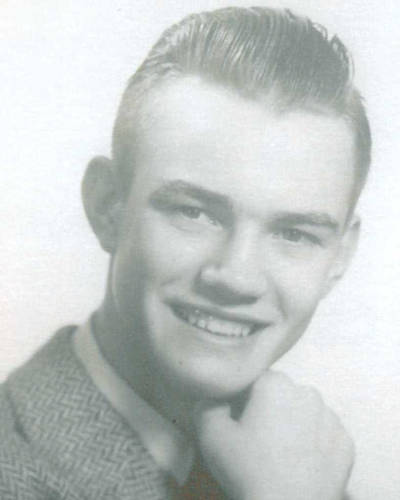 Visitation will be held Tuesday 4-7 PM at the funeral home.

Duane C. “Jonesey” Jones, age 87 of Clinton, passed away Saturday March 2, 2019 at The Alverno. Funeral services will be held 12:00 noon Wednesday March 6th at the Pape Funeral Home. Visitation will be held Tuesday 4-7 PM at the funeral home. Burial will be at Elmwood Cemetery in DeWitt. Memorials may be given to The Alverno. Online condolences may be left at www.papefh.com.

Duane was born on February 26, 1932 in Clinton, the son of Edgar L. and Dagmar “Doc” (Jensen) Jones Sr. He graduated from Clinton High School. He married Mary Van Skike (Koontz) on May 19, 1967 in Clinton. Duane worked as one of Rastrelli Restaurant first soda clerk/waiters. In the 1960’s, Duane worked as an auto mechanic, ambulance driver, and in the maintenance garage at Montgomery Wards. Jonesey enjoyed traveling, reading books, day trips and meeting with his friends at a local café. He also enjoyed Big Band music and was an avid Chicago Black Hawks fan.