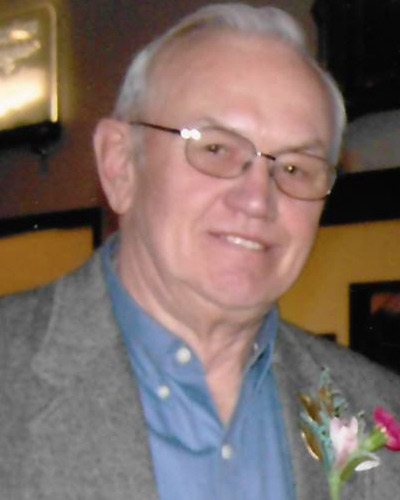 Visitation will be from 4-7 PM at Faith Lutheran Church on Thursday, June 20, 2019 and from 10 AM until the service time on Friday at the church.

Dale G. Petersen, 77 of Miles, IA died June 16th at Mayo Clinic Hospital St Mary’s Campus surrounded by family. A funeral service will be held at 11:00 AM on Friday, June 21, 2019 at Faith Lutheran Church in Andover. Visitation will be from 4-7 PM at Faith Lutheran Church on Thursday, June 20, 2019 and from 10 AM until the service time on Friday at the church. Burial will be at Clinton Lawn Cemetery.

Dale was born on February 22, 1942, to Glenn and Harriet (Henricksen) Petersen and graduated in 1960 from Miles High School. He served with the U.S. Marines during the Vietnam War from 1963-1967. Dale married Diana McGinnis on June 7, 1969 at the First United Presbyterian Church in Moline, IL. He farmed for many years and had also been employed at ChemPlex for 27 years.

Dale was a member of Faith Lutheran Church serving on the church council. He was active with the Miles Volunteer Fire Department and had been a member and Commander of the American Legion Post 677, Miles Iowa as well as being ‘head chef’ of breakfast club held at Pete’s Shack. He enjoyed spending special times with his grandchildren, woodworking, fishing, hunting, gardening and helping those in need. Dale went out of his way to honor his fellow veterans at the Miles Cemetery, especially with the display of the flags and crosses on Memorial Day weekend.

He will be loving remembered by his wife of 50 years, Dee; his son Ted (Sarah) of Adel, IA; daughter Tracy of Davenport; his four grandkids: Tavian, Kiara, Kasch and Blake; sisters Judy Seamer and Susan Raser both of Clinton; and a sister-in-law Lavonne Petersen of Goose Lake. He was honorary grandfather to Kimberlee Shittu and her son Hakeem and a “2nd dad” to many. He was preceded in death by his parents, his infant daughter Tammy, his brother Allen, brothers-in-law Ray Raser and Carlie Seamer and his father and mother-in-law, Donald and Mary McGinnis. Memorials can be made to the family, Faith Lutheran Church or the Miles American Legion.