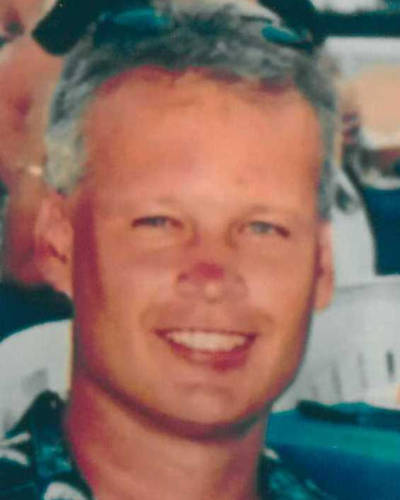 Following Curt’s wishes cremation rites were accorded and a funeral service will be held 10:00 AM Saturday March 2, 2019 at Faith Lutheran Church in Andover. The Pape Funeral Home is assisting the family.

Curtis Loren Peters 54 of Clinton, passed away peacefully on Tuesday Feb. 26, 2019 following a brief battle with cancer. He found comfort in being at home with his loving family until the end. Following Curt’s wishes cremation rites were accorded and a funeral service will be held 10:00 AM Saturday March 2, 2019 at Faith Lutheran Church in Andover. Visitation will be held Friday 4:00 – 8:00 PM at the church in Andover. The Pape Funeral Home is assisting the family. Online condolences may be left at www.papefh.com

Curt was born on July 22, 1964 to Loren and Marilyn (Hansen) Peters in Clinton, IA. He attended Clinton Schools and was a proud graduate of Iowa State University, where he was a member of Alpha Gamma Rho fraternity. He was currently employed by ADM. Curt was united in marriage to Lori Krogman on Oct. 1, 1994 in Andover and was the proud father of four daughters, Taylor Peters of Ames, Kelli (Joe) Lampe of Clinton, Jessi (Derek) Housenga of Clinton, and Jenni (Darin) Kilburg of Preston.

Surviving Curt along with his wife Lori and their daughters are his parents, Loren and Marilyn Peters of Clinton; his brothers, Larry (Julie) Peters of Clinton and Gordon (Fran) Peters of Franklin, TN; sisters-in-law, Kay (Roger) Long, Deb (Steve) Eickstaedt, Karen (Mark) Roode, Laura Krogman; his brother-in-law, Tom Krogman and many nieces and nephews. He will be especially missed by all his little people, his grandchildren whom he loved dearly, Cale, Kendall, and Cian Lampe, Kaden and Nolan Kilburg, Dawson and Hadley Housenga. Curt was preceded in death by his maternal and paternal grandparents, aunts and uncles, father-in-law, Kenny Krogman, mother-in-law, Teresa Krogman, nephew, Samuel Krogman, brother-in-law and dear friend, Gary Krogman.