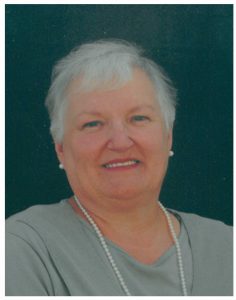 Charleen Smith, age 85 of Clinton, passed away Sunday, January 16, 2022 at home surrounded by her loving family. Honoring her wishes, cremation rites have been accorded. A Celebration of Life will be held from 1:00 to 3:00 PM on Sunday, June 26th at the Eagle Point Park Lodge. The Pape Funeral Home is assisting. Online condolences may be left at www.papefh.com.

Charleen was born in Iowa City on June 30, 1936, the daughter of James and Jean (Smit) Lawlor. Her first home was in Marengo, IA. In 1942 the family moved to Clinton, IA. She graduated from St. Mary’s High School in 1954 during which time she was Homecoming Attendant. During her high school years, she de-tasseled corn during the summers, worked at Lou Marge’s Women’s Apparel, and was a telephone operator. Charleen married Floyd “Bud” Smith on October 29, 1955 in Clinton. Charleen and Bud would have six children. She was very active in her children’s lives and became a Boy Scout Den Mother.

Charleen’s love of life and caring for others led her into the nursing profession. She started her nursing education at St. Anthony’s School of Nursing in Rock Island, IL. When her children were older, she renewed her interest in nursing and went back to school. Charleen received an Associate Degree in Nursing from Clinton Community College and later a Bachelor’s Degree from College of St. Francis.

Charleen was employed at Mercy and Jane Lamb Hospitals in Clinton, IA as a LPN working in the ER and surgery departments. In 1981 she was awarded the Nurse of Hope for the state of Iowa with the National Cancer Society, and then created a “no smoking” program at Mercy Medical Center. She then took position of being the Crusade Chairman for Clinton County to raise money for cancer research. When Hospice was introduced to Clinton, Charleen was one of the first nurses to be hired. After retiring, she was chosen to be Chairman of the Clinton County Board of Health for 10 years.

Other endeavors Charleen was known for included getting her Massage Therapy license to practice from her home, being a life coach, and with her love of books, having a section to sell her book selections is Guzzardo’s in downtown Clinton. In her senior years she stayed active and participated in sporting events including Shot Put and Racewalking. On a trip to the Soviet Union with her husband in 1990, she won the Racewalk event. Charleen loved to read and travel. She wanted to share the love for reading by placing a library box in her yard so that anyone who wanted a book could have one for free.