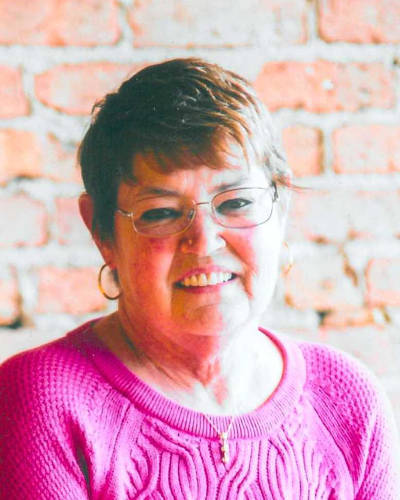 Catherine M. “Kathy” Cox, age 59 of Clinton, passed away Tuesday, January 22, 2019 at her home. A Mass will be celebrated at 10:00 AM on Saturday, January 26, 2019 at Prince of Peace Parish. Visitation will be from 2:00 to 7:00 PM on Friday, January 25th at Prince of Peace and from 9:00 AM until the service time Saturday at the church. Honorary pallbearers will be the TT Girls and Nestle Babes. Following the Mass cremation rites will be accorded with burial at a later date at Rosehill Cemetery in Camanche. The Pape Funeral Home is assisting the family.

Kathy was born in Clinton on June 22, 1959, the daughter of Harvey and Mary (Carber) Sullivan. She attended Clinton schools. She married Roger Cox on May 26, 1990 in Clinton. Kathy had been employed at International Paper and later with Nestle Purina. She was a member of Prince of Peace Church, Loyal Order of Moose, AMVETS Auxiliary, and the former Eagles Club. Kathy enjoyed spending time with her family and friends, her grandkids, her grand dogs and bonfires. She was an avid Iowa Hawkeye fan, liked watching the Cubs but really enjoyed rooting for the team playing against whoever Roger wanted to win. Kathy was an avid bowler, participating in various leagues in Clinton and Camanche. She will be remembered for her love, laughter and her ability to befriend just about anyone.

Kathy is survived by her husband, Roger; three children, Missey (Dave) Pope of Clinton, Becky L. Hale (Matt Mostek) of Low Moor and Joe Hale (Jen Thompson) of Clinton; 3 grandchildren, Zachary Pope, Paiton Hale and Natalie Wood; her mother, Mary Sullivan of Clinton; a sister, Madonna Berry of Clinton and several aunts, uncles, cousins and nieces and nephews. She was preceded in death by her father, Harvey and a brother, Douglas. Online condolences may be left at www.papefh.com.