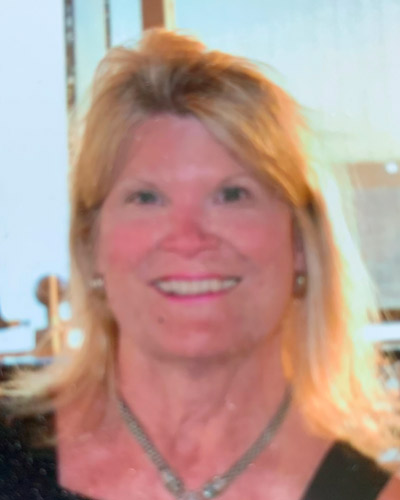 Barbe was born in Clinton, Iowa on August 10, 1953, the daughter of William and Monica (Slattery) Ries. She graduated from Clinton High School in 1971 and received a Business Degree from Northeast Missouri State in Kirksville, MO in 1975. Barbe married Robert McGee on November 11, 1980 at St. Irenaeus Church in Clinton. She had been a flight attendant with Orzark Airlines, later TWA and for 35 years worked with her husband Robert in his law office.

Barbe was a member of Prince of Peace Parish and most recently served as Co-President of the Curtis Mansion Historical Foundation. During her tenure on the YWCA Board of Directors, she received a Women of Achievement Award. She also previously served on the Mercy Hospital Foundation Board and volunteered throughout the years in the Mercy Auxiliary.

Barbe was first and foremost a wonderful mother and wife. From the moment her eldest granddaughter, Peaches, was born her days were filled with the joy of being a grandparent. She loved to collect shells on Sanibel Beach with her grandchildren. Barbe never missed a birthday or holiday and made exceptional effort to see that Christmas was special. She talked with her sons everyday regardless of where they were. She enjoyed the times spent with her friends and sharing a bottle of wine. Barbe was a talented decorator and offered her services to various charitable events.

Most importantly, Barbe fought her final illness with incredible dignity and valor. She never complained of sickness or why it happened to her. Even during times of intense struggle, she always put others first. She lived her final days with dignity and grace. God gained a beautiful angel.

Barbe is survived by her husband, Bob; 3 sons, Matt (Katie) McGee of Longmont, CO Pat (Helena) McGee of Barcelona, Spain, and John (Angie) McGee of DeWitt; 6 grandchildren, Izabella “Peaches”, Stella, Elin, Jack, Mia baby Matt and a soon to be born granddaughter. Barbe enjoyed a lifelong and loving relationship with her twin sister, Beth Ryan of San Diego, CA. She was preceded in death by her parents and her brother Bradley Ries. A memorial has been established for her grandchildren’s education.